A Trip to Shahzadeh Gardens Mahan

Is Iran a Good Destination for Travel? 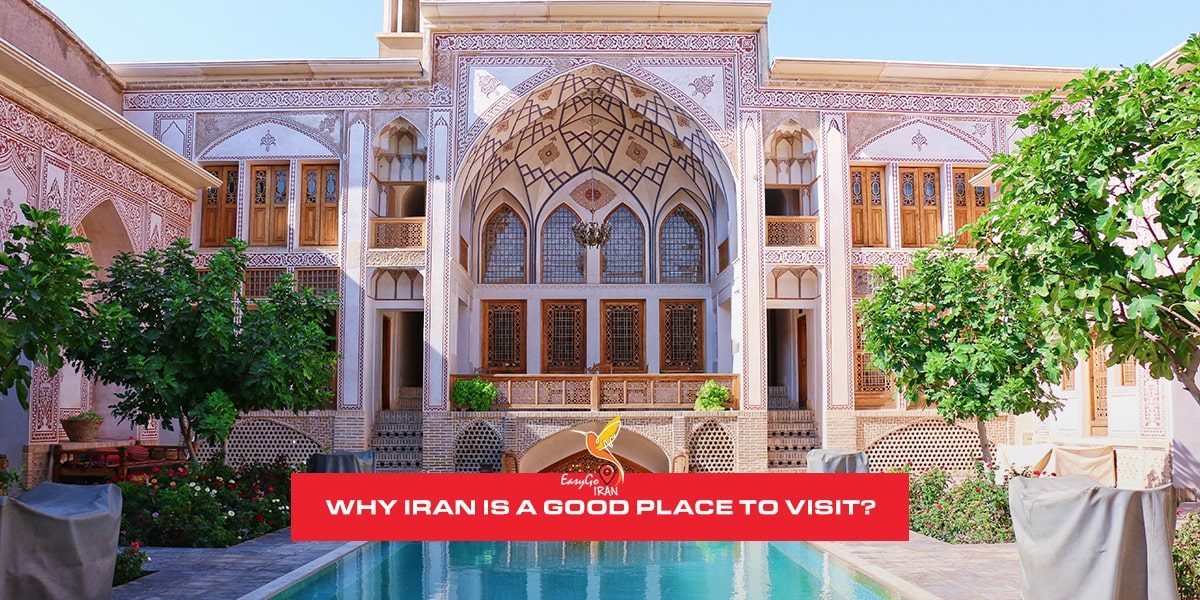 Why Iran is a good place to visit?

Why Iran is a good place to visit?

If you are in love with traveling and exploring new places and now you are obsessing with “Is Iran a good place to visit?” I should say YES. Maybe now you are wondering to consider Iran top destination for your travel. But here are 5 reasons why you should definitely travel to Iran to have a wonderful experience.

1. Naqshe-e-Jahan Square or “the reflection of the world” the most beautiful square in the world

To those who might ask, “Is Iran a good place to visit?”, we can introduce Naqsh-e-Jahan. Iran’s Naqshe-e-Jahan Square is one of the oldest and most beautiful squares in the world. It is situated at the center of Isfahan and surrounded by other historically prominent places.
The main bazaar of Isfahan is also here. So you can see why all year round Naqshe-e-Jahan Square is full of tourists from all over the world. Although interested people can participate in private tour in Isfahan historical center and most highlighted ones to explore must-sees of Isfahan in one Day. 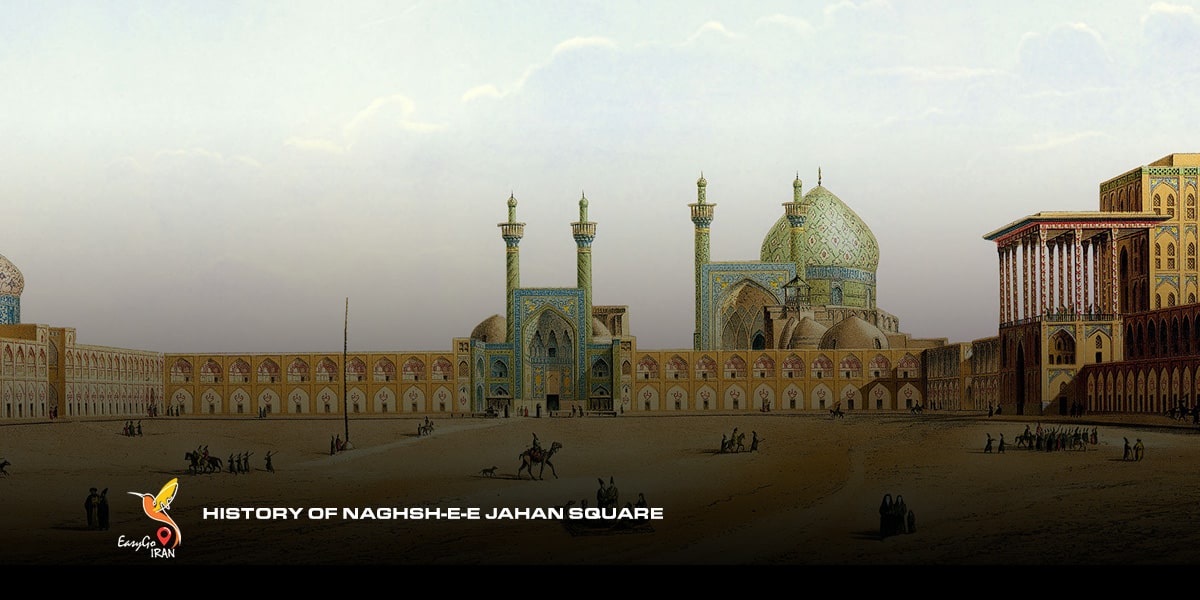 Naqshe-e-Jahan Square used to be called Shah Square (the Square of the King). It was only after the revolution in 1978 that the name was changed to Imam Square. But it is primarily known as Naqshe-e-Jahan Square, which means “the reflection of the world”. Naqsh-e Jahan Square was built between 1598 and 1629 by the order of King Abbas. At that time, the king thought Isfahan was a more convenient and safer city to be the capital of Iran, so he decided to change the capital from Qazvin to Isfahan. With all the amazing places around it and its mysterious beauty, Naqsh-e-Jahan is truly a reflection of the world.

Also, you can stay and relax in Keryas Hotel which is located near the Naghshe-e- Jahan Square and enjoy the wonderful view of the square. 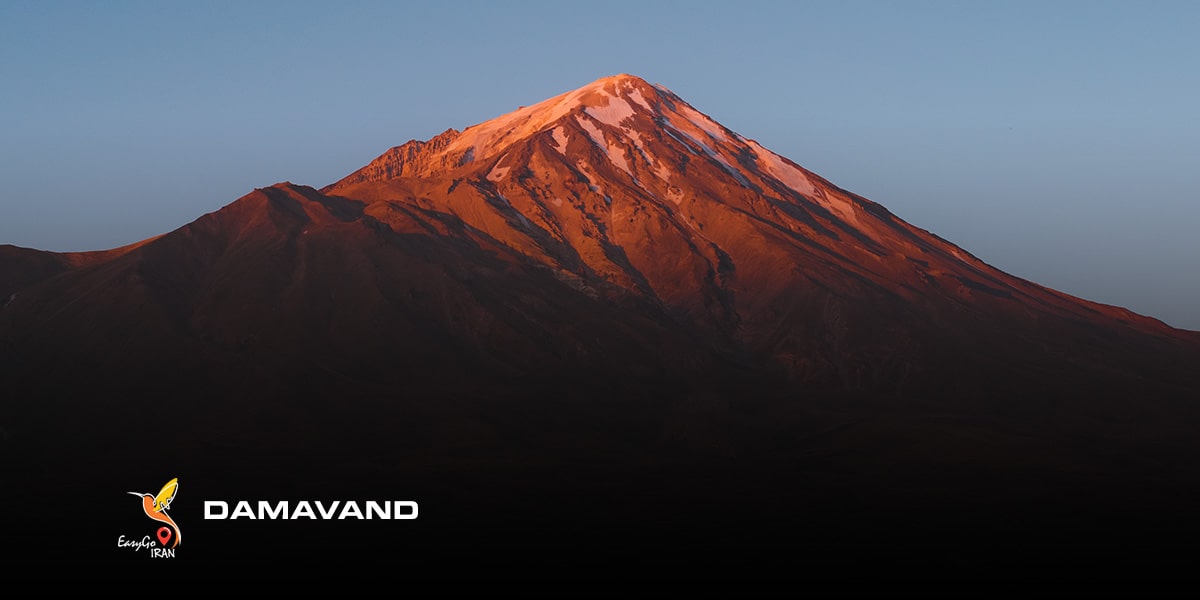 Damavand mount in the morning and sunrise

If you still want to know “Is Iran a good place to visit?”, a good offer for you is to find out about Damavand. Mount Damavand, the highest peak in Iran, is both a fantastic place to see and a symbolically significant landmark to know about. It is situated in Damavand, and if the sky is clear, you could easily see the peak towering in the distance.

How is Damavand wildlife? 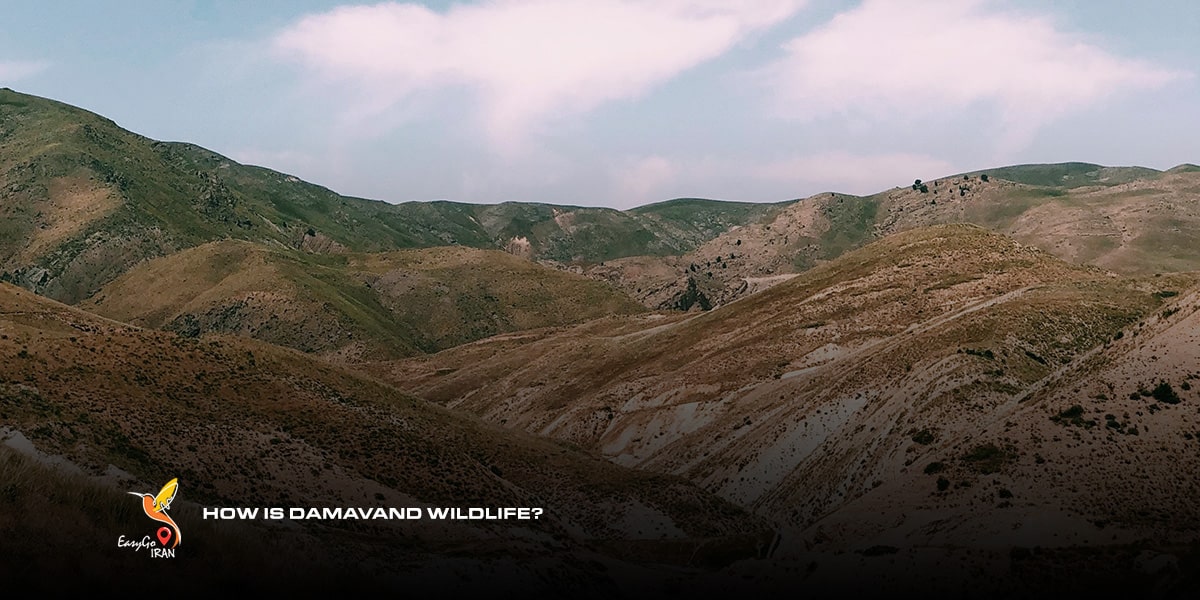 How is Damavand wildlife?

It’s a fantastic place to see because of its wildlife. Damavand is where you will find lots of brown trout, which make it a great place for fishing. The beautiful, evasive Caspian snowcock lives around here, and the place is home to Persian leopard. 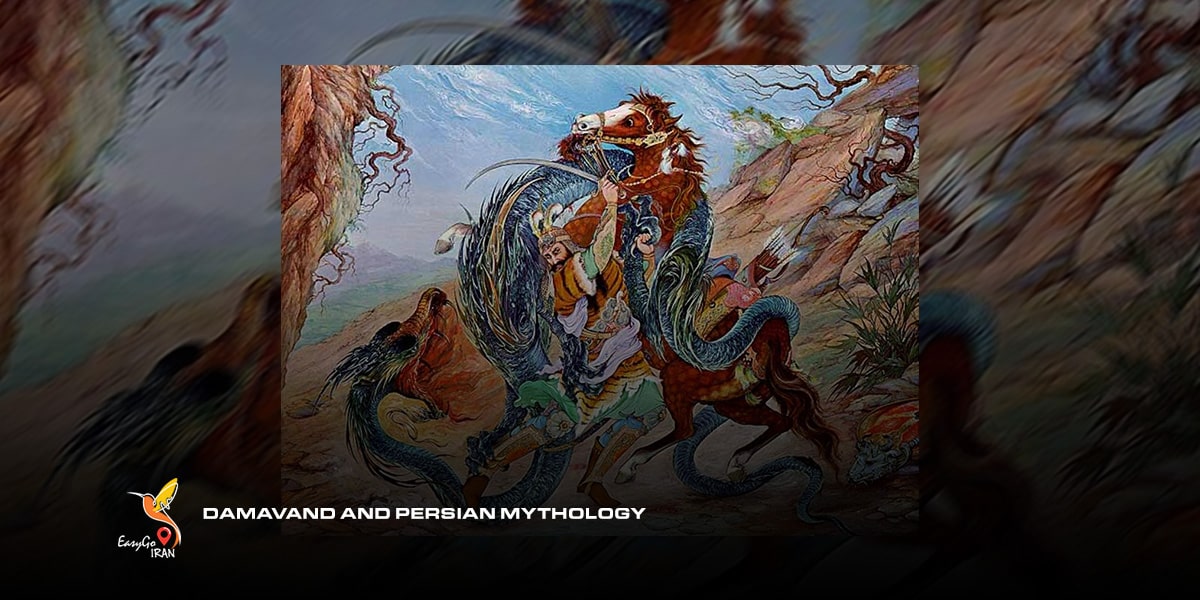 Wildflowers kinds and old trees are to be seen everywhere in Damavand. It is symbolically important because of the central role it occupies in Persian mythology, mostly in the story of the cruel Zahak and the rebellion of Fereydoun and Kaveh the Ironmaster against him. Damavand has always been a sign of rising against cruelty and injustice. 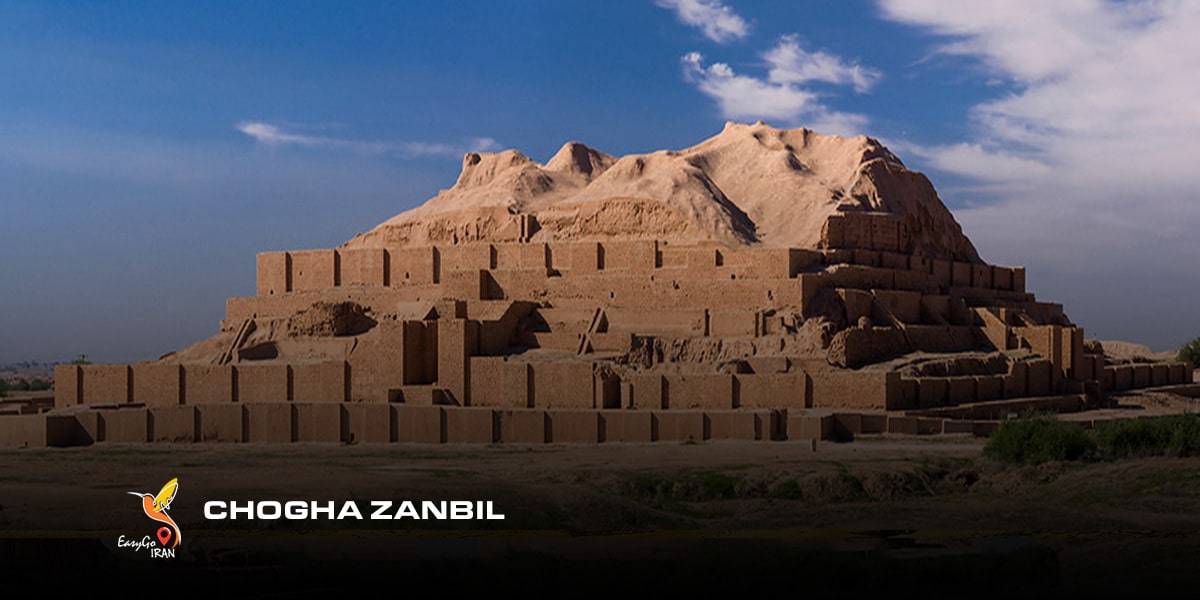 Tchogha Zanbil is one of the most prominent religious places in Iran, which was built in 1250 BC in the era of Elamites. It is located near the ancient city of Shush (Susa) in the province of Khuzestan and near the ancient site of Haft Tapeh. The access to Tchogha Zanbil is possible through Ahwaz road to Shush, which passes from the cities of Susa, Shushtar, and the outskirts of the Dez River. Also, you can have a 3-day authentic break to the south-west of Iran from Tehran to explore both Susa and Shushtar. Visiting this astonishing UNESCO Heritage is one of the reasons to say Yes to the question, “Is Iran a good place to visit?”. 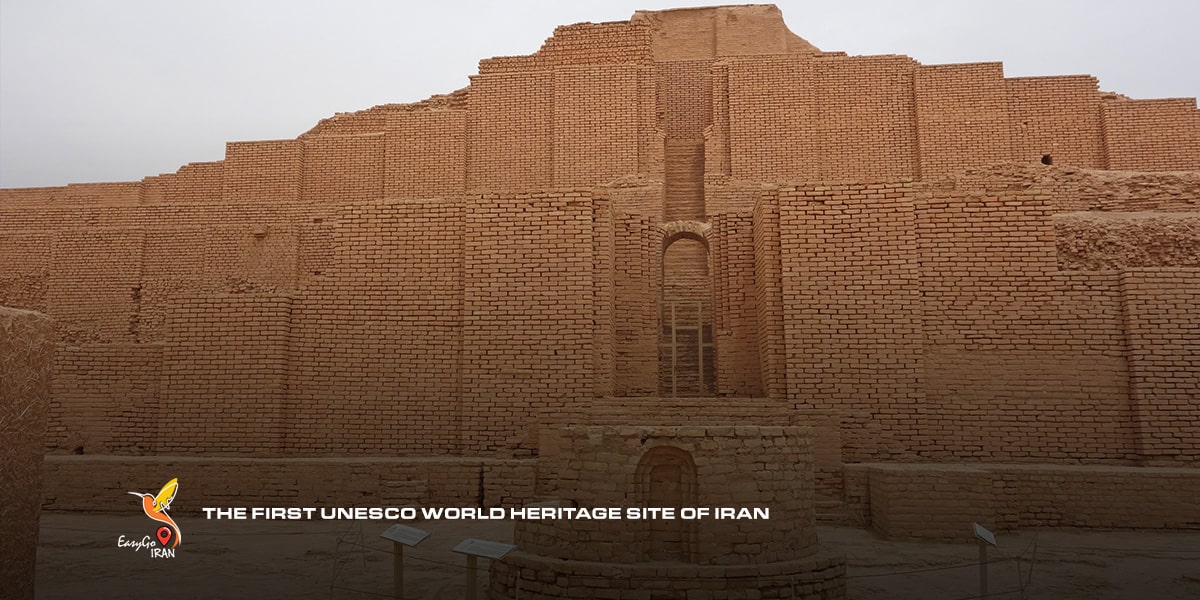 This structure was the first historical monument of Iran in 1979 to be registered on the UNESCO World Heritage List. Also, this sanctuary was made by order of Ontash, King of Elam, for the praise of the ancient goddess Inshoshinak, the goddess of Susa. 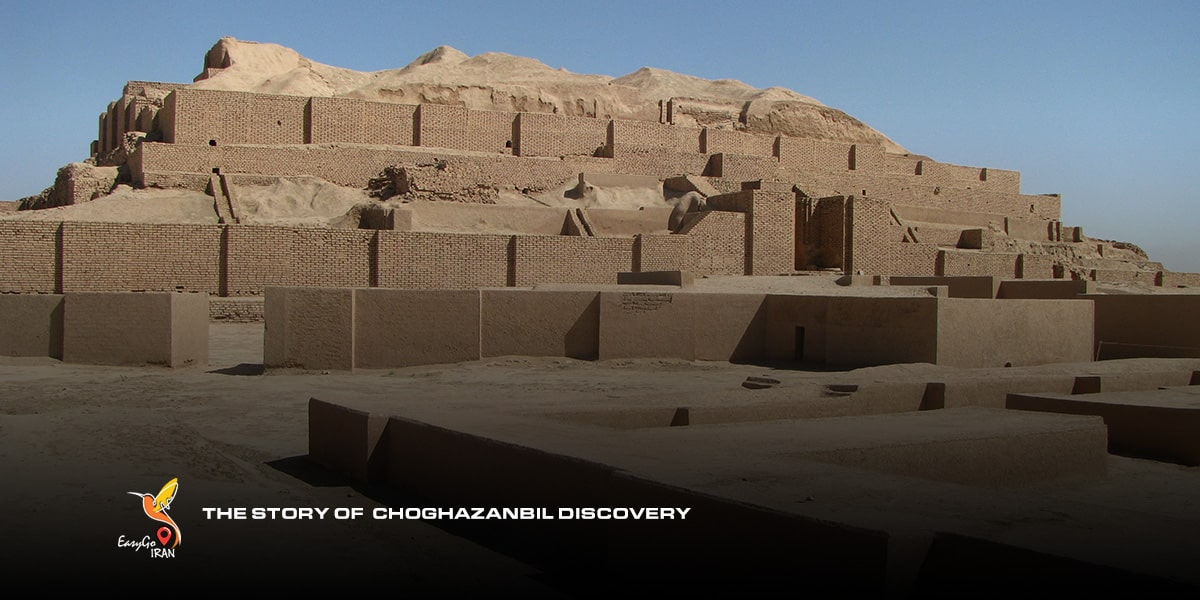 The story of Choghazanbil discovery

In 1935, when Iranian and British oil companies engaged in oil drilling, they found inscribed bricks. The discovery led to finding a huge hill in a region that in turn led to the discovery of Tchogha Zanbil by the French archaeologist Roman Hirschman during the years 1951 to 1962. A lot of information was obtained about that area and Ziggurat. 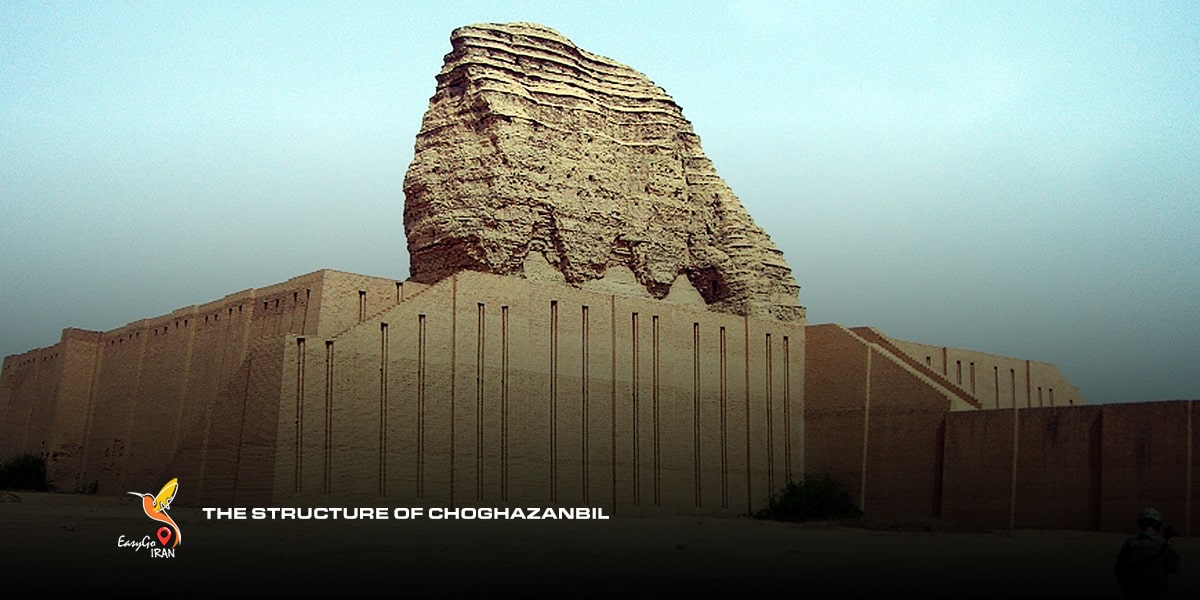 The building initially had 5 floors and a height of 52 m. It now has only 2 floors with a height of about 25 m. In the main courtyard of Tchogha Zanbil, there are three brick buildings that are circularly constructed, and the information obtained indicates that they are something like sundials. Of these, only one is somewhat well-maintained. It has been mentioned in some research studies that these buildings were the base for the statues that were on the four sides of Tchogha Zanbil, but with a little thinking, it can be understood that they were used to figuring to figure out the time. 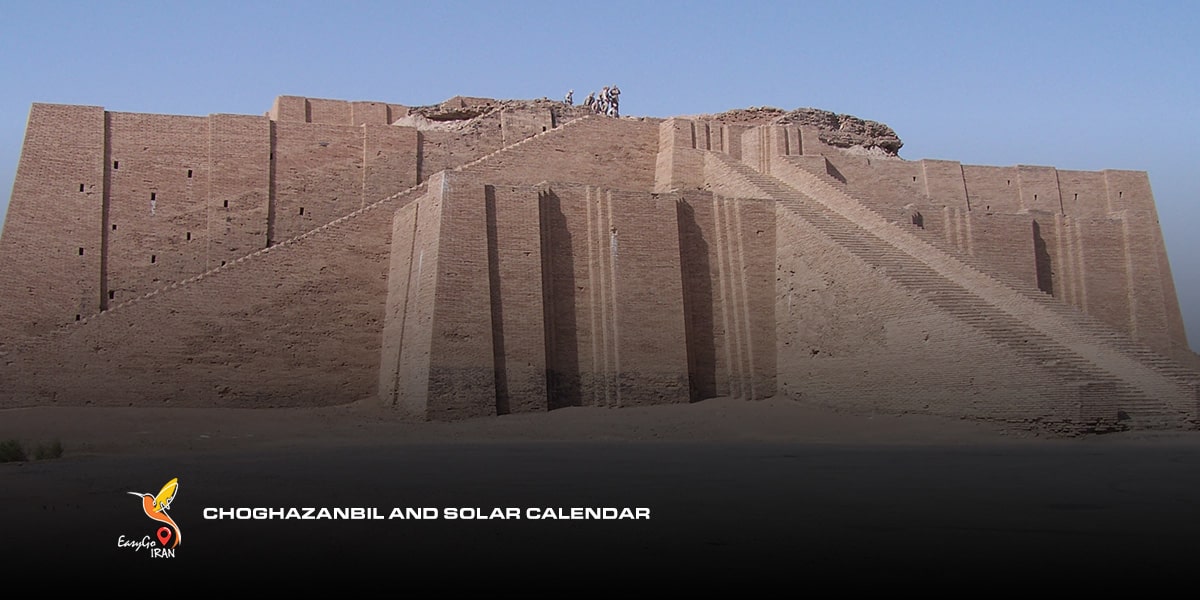 These buildings put together a unitary complex. In fact, the complex was a solar calendar to track the years, make other calendars, and identify the first and the middle days of each season or the equinoxes of spring and autumn, as well as to determine the autumn and winter solstices. Changes between the angles of the sundials with the changes in the sunrise angle are equal at the beginning of each chapter of the year. In fact, sundials have been used to identify shadows during sunrise and sunset. The bricks used in making them are also specially designed for the same use and have an octagonal shape. 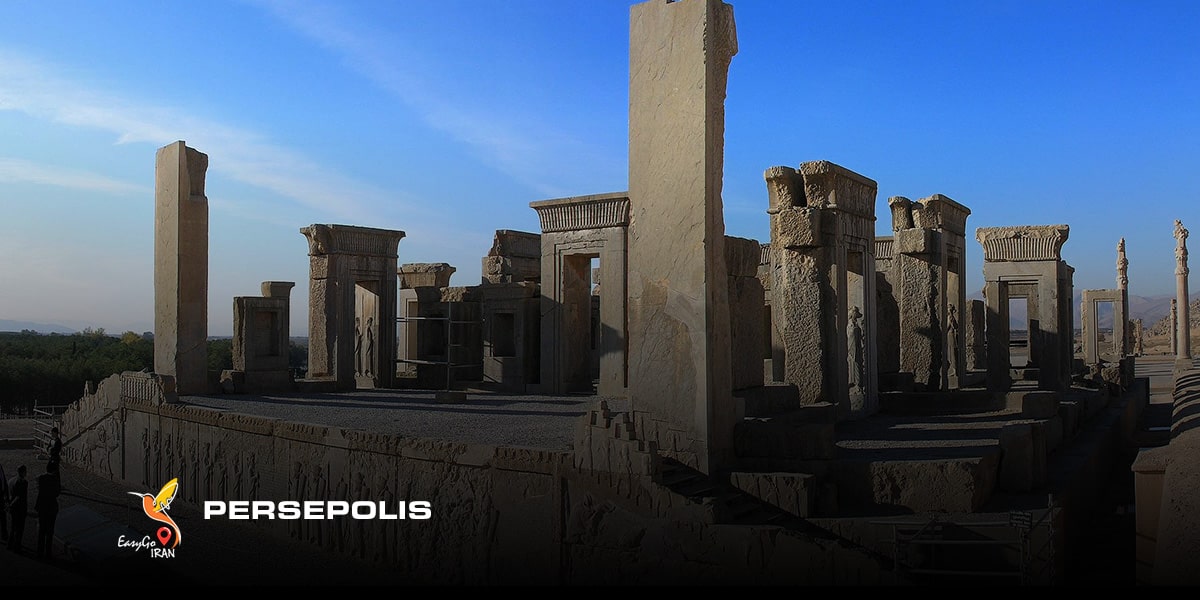 Persepolis from Achaemenid era in Shiraz

Persepolis which is one of the important UNESCO World Heritage goes back to the Achaemenid Empire. It attracts many visitors each year. Ruins of the Gate of All Nations lies here, where you can wander at simultaneous grandiosity and absurdity of human history. There are many examples of bas-relief around you. They, together with the ruins of gates and poles, narrate a long, glorious story of a long-standing nation. Walk up the Great Double Staircase at Persepolis and feel the impressiveness of the Persian history for yourself.

Absolutely, exploring the splendid Persepolis in details needs time; So, you can choose the best hotels in Shiraz like Shiraz Grand Hotel for your stay and take pleasure of your time in this beautiful city. 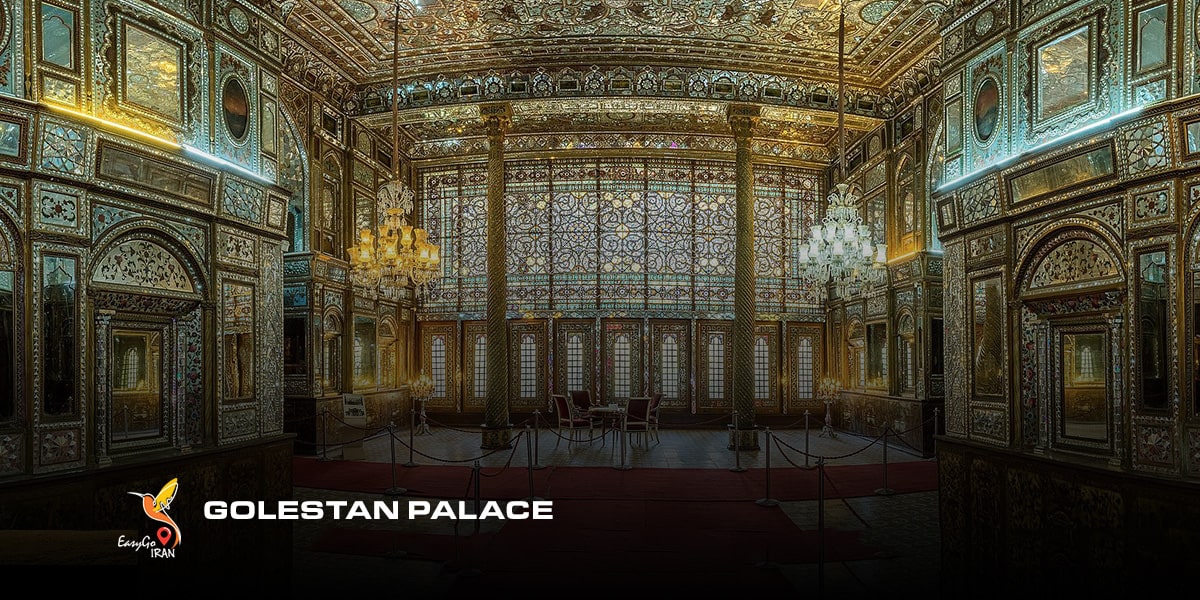 Golestan Palace is a must-see for everyone who chooses Tehran in his Iran tour package. Since this is a royal complex which belonged to the Qajar family. It is in Iran’s capital, Tehran, and it is a gorgeous place to visit. The palace is a large complex with a number of great sections and buildings. For example, there is the marble throne, which is a spectacular terrace. Or you can visit the pond house (howz khane), where European paintings are. Another interesting section is the Ivory Hall, which was actually the royal family’s dining place. This one is also very large and spectacular.

Iran is a long-standing country with an impressive history. Iran top destination has long been one of the major choices for everyone from any walk of life and from anywhere in the world. It can be surprising to the whole world that thousands of years ago, Iranians were thinking of using tools and structures that could account for their year and calculate the calendar. Furthermore, it is equally surprising how they actually integrated their stories and their history into their architecture. So is Iran a good place to visit? Definitely yes. You can find a lot more than this article suggests in Iran.

TOP TRAVEL DESTINATION  IN IRAN Iran is a vast country, covering an area of over 1,648,000 km2. It is surrounded by the Gulf of Oman and the […] 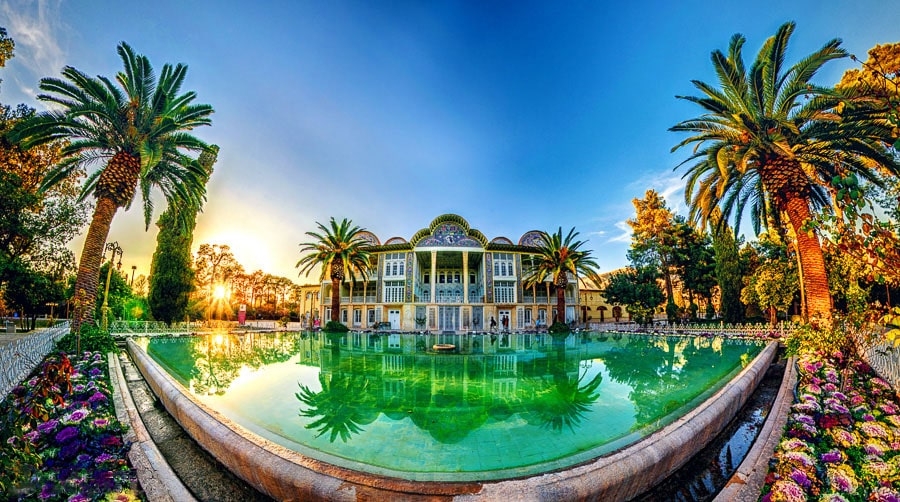 SIGHTSEEING TOURS IN IRAN ran’s rural zones are as diverse and heterogeneous as its vast urban areas, in consequence it has a lot of sightseeing for […] 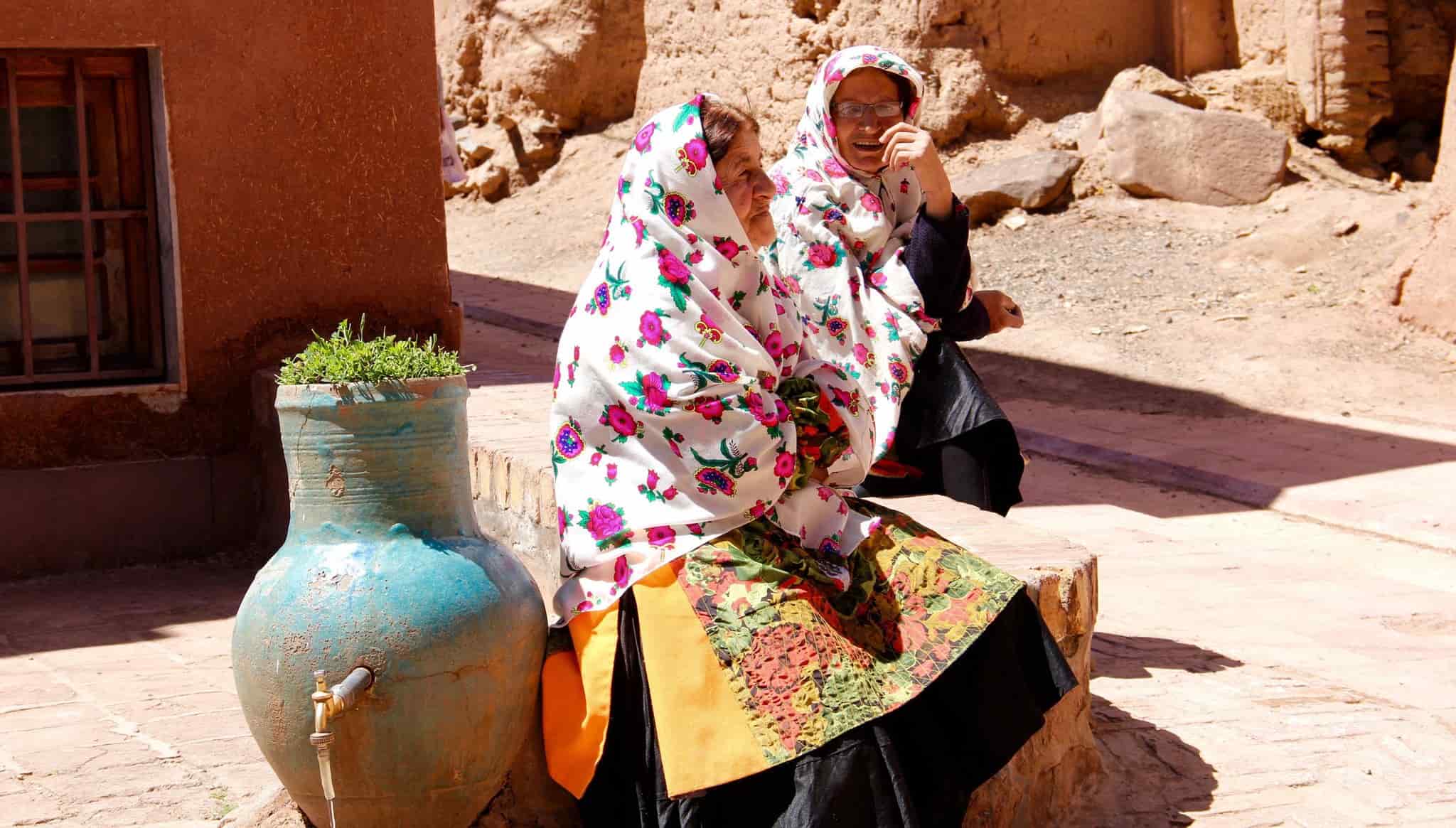 IRAN PHOTOGRAPHY TOUR ondoubtedly when you are surfing in the net, the beautiful picture of Iran draws your attention and make you to think about Photography […] 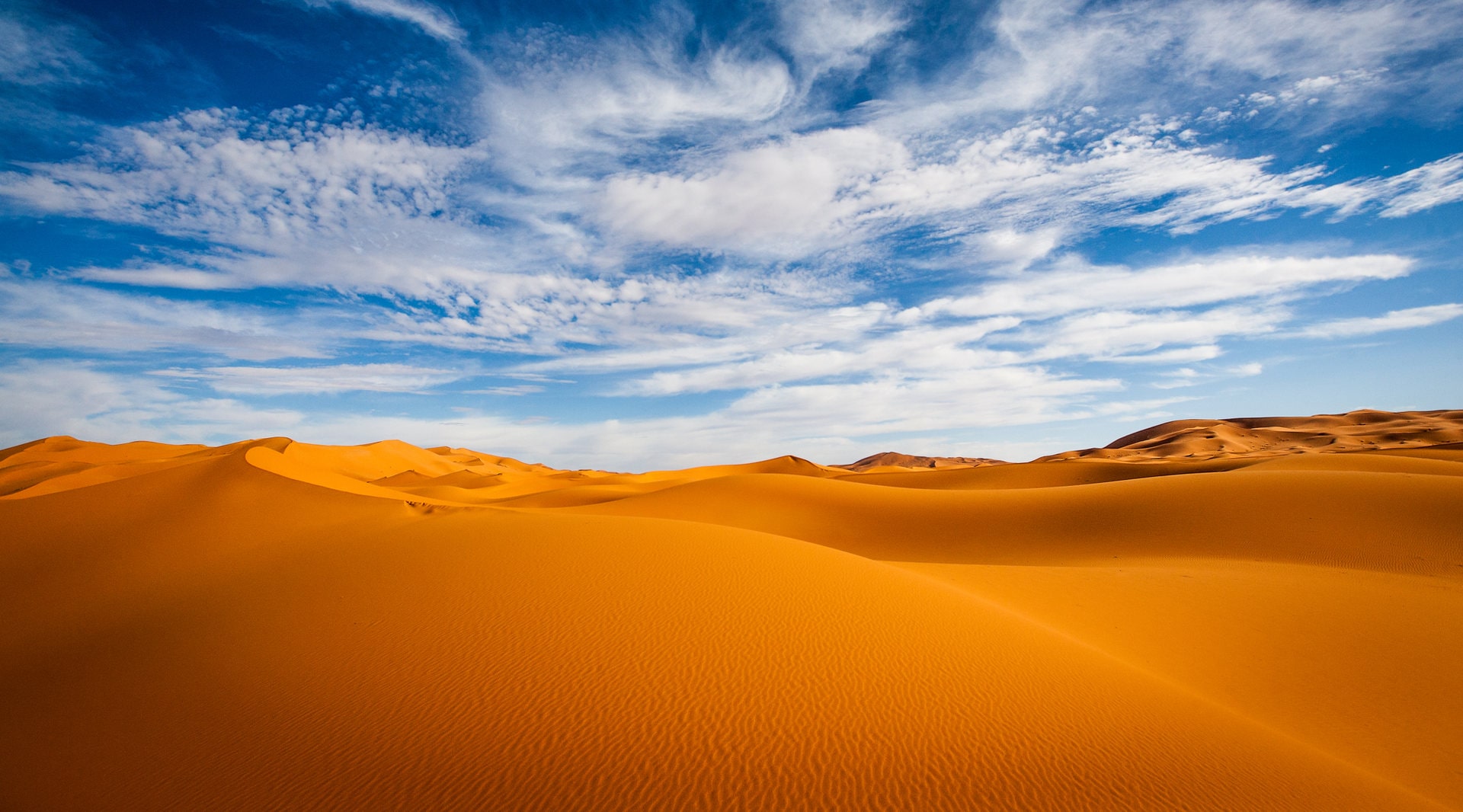