Important things to know about Iran visa on arrival experience

What Is the Most Popular Food in Iran? 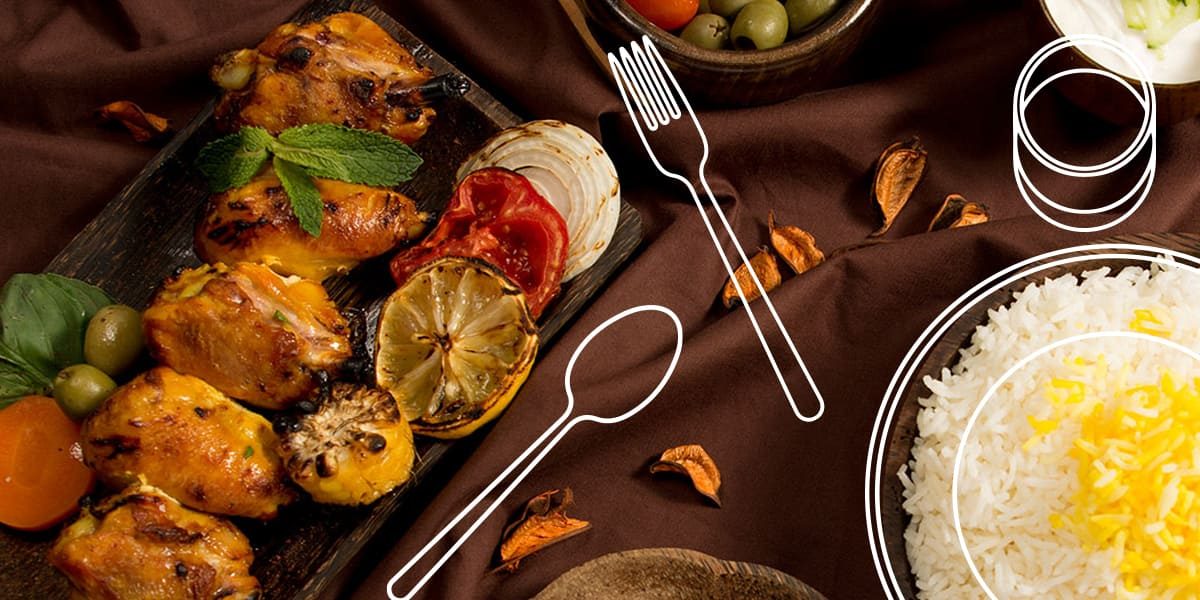 What Is the Most Popular Food in Iran

When you travel to Iran , you face with quite a few food surprises as Iranian culinary culture enjoys a wide variety of tastes. By looking at the geographic situation of Iran, you will find out why there are so many different foods in this country. Iran, once the center of the Persian Empire, is in the vicinity of the former Soviet Union and countries such as Afghanistan, Pakistan, and Turkey. It is also located in the Middle East and iss closed to Europe. The synergy of so many highly different culinary cultures has over the course of history and influenced Iran culinary culture. Let’s take a look at some of most popular Iranian dishes. 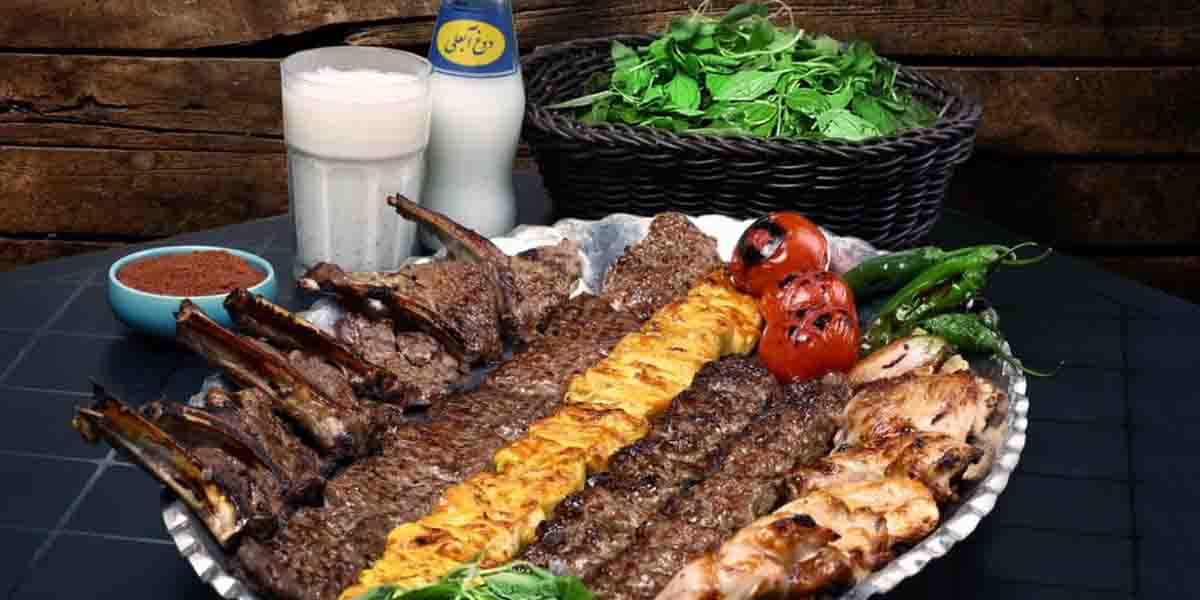 Kebab, in all of its forms and kinds, is perhaps the most popular food in Iran. Kebab in Iran is more diverse than you may think. The first type is Kebab Koobideh, which is cooked out of minced meat, chopped onion, salt, and pepper. It looks simple, but its taste is awesome. Kebab Barg is another type, which is made from lamb or calf meat. To flavor it, saffron and butter are added to it before the chef steeps it in a mixture of lemon and onions. The grilled chicken, called Joojeh in Farsi, is yet another type, made of barbecued chicken with bones. To make this even more delicious, it is steeped in lemon and onions and imbued with saffron and butter. If you’re lucky, you can also eat Jegar. Jegar is grilled lamb meat served with fresh basil and lemon. 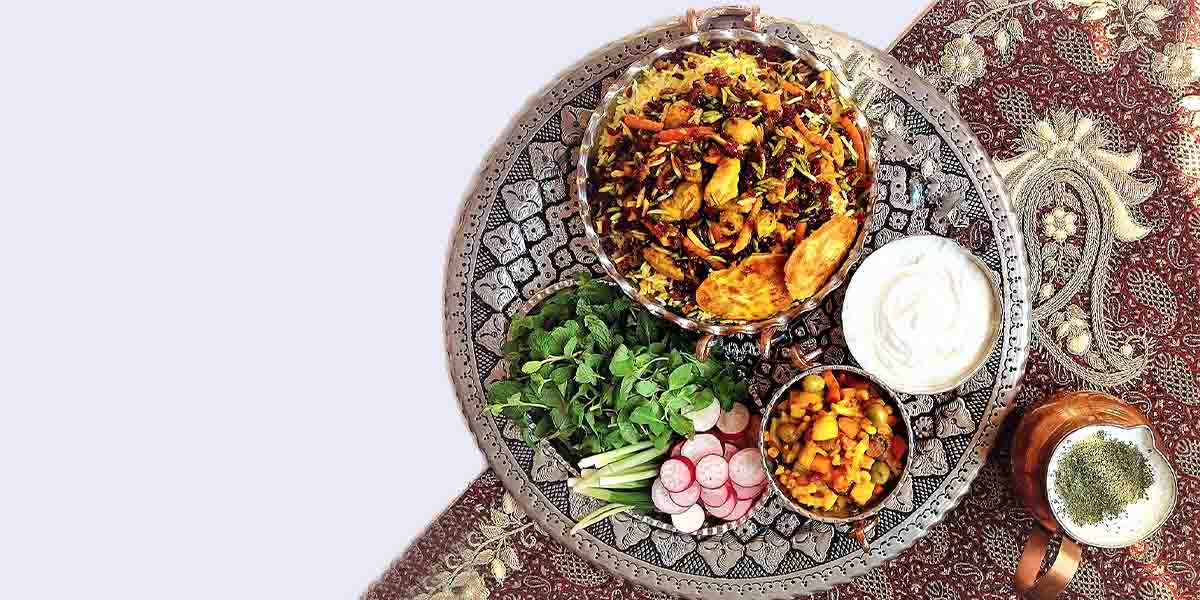 Admitted. Kebab is the most popular food in Iran. But it is not the only popular food. morasa polo , which literally means “jeweled rice”, is a kind of rice with tiny pieces of fruit and all kinds of seeds and nuts shining like jewels on it. This sweet and tasty food is cooked using a variety of Iranian seeds, nuts, and fruits such as pistachios, almonds, sweet orange peel, and barberry. Also, carrot and saffron which are often presented in most of the Iranian dishes, are used in this food.. This food is served on special occasions. Particularly, serving this sweet meal at wedding ceremonies is a sign of a promising future for the bride and groom. Traditionally, it is served with chicken that is in contrast with the sweet taste of morasa polo. 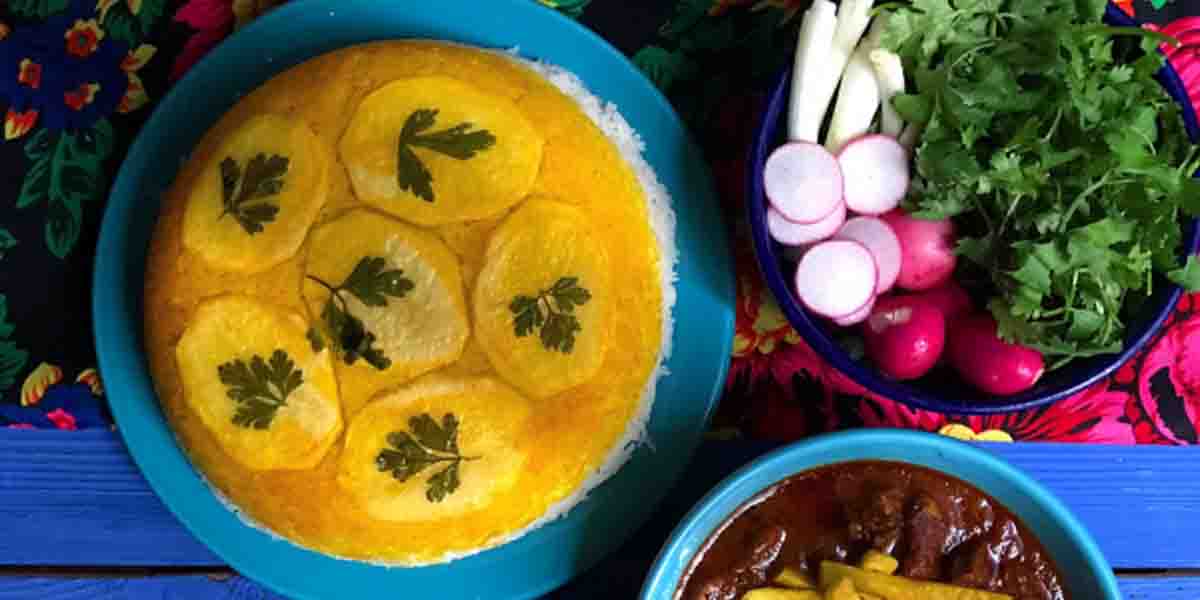 One weird item here, since it is not exactly an independent dish itself but almost always present along with most popular Iranian dishes, is Tah Dig. Tah Dig is the heart and soul of Iranian cuisine. The crisp and golden layer of rice that is made at the bottom of the pot. It tastes like a mixture of popcorn and potato chips with basmati rice flavor. It does not usually appear on the restaurant menu, and it should be ordered separately. In Iranian parties, there is always a bit of food left at the end of the meal, but the dish that is always left empty in the end is a dish of Tah Dig. You can, and you should, for the unimaginable pleasure, eat it by hand. 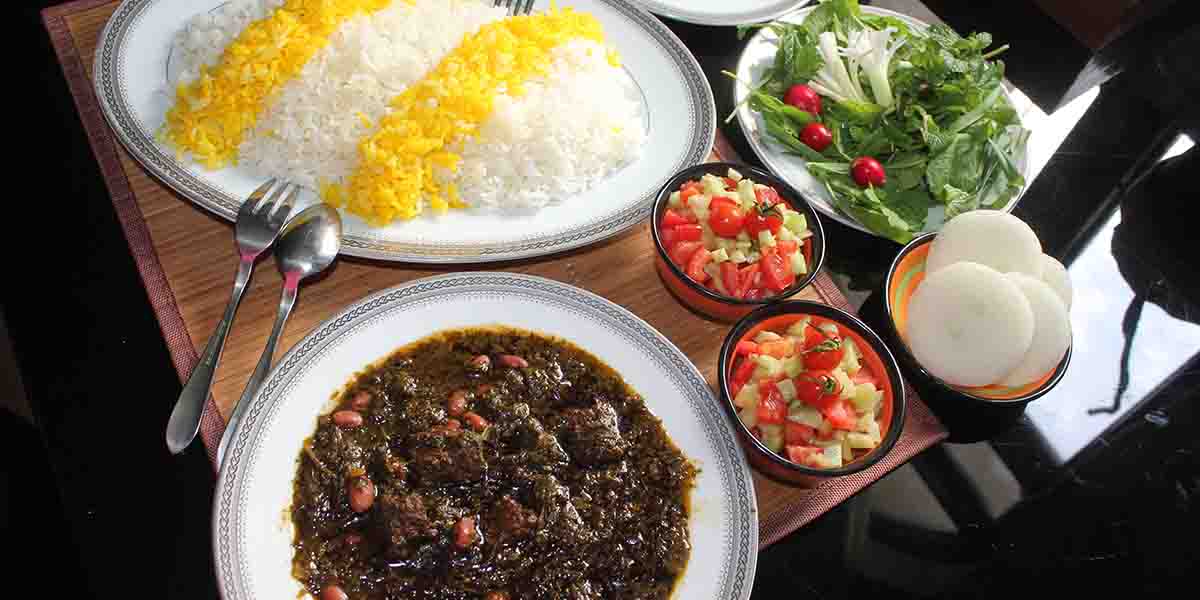 Wait a minute. If you are looking for the most popular Iranian dishes, you should definitely consider Ghorme Sabzi as a choice. It is competitively, compared to kebab, the most popular Iranian food amongst the Persians, and perhaps a signature of the simplicity and yet uniqueness of Iranian culinary culture. This food, made of vegetables, red beans, and pieces of lamb meat, is sour and full of herbs. Vegetables are braised and thus flavored with dried lemon, which is called Amani Lemon in Iran. These lemons are sour and diffuse a bittersweet taste through the vegetables, giving a lovely different flavor to the food. Fenugreek is among the vegetables used in Ghorme Sabzi. Other vegetables include parsley, coriander, and onion.

In this article, we have picked a few popular dishes of Iranian food to talk about. But does it end here? Of course not. You will be amazed at how diverse Iranian food is. In fact, as you go from one city to another, you are likely encountered entirely different dishes. Eating Iranian food is an experience you are surely not going to forget for the rest of your traveling life. 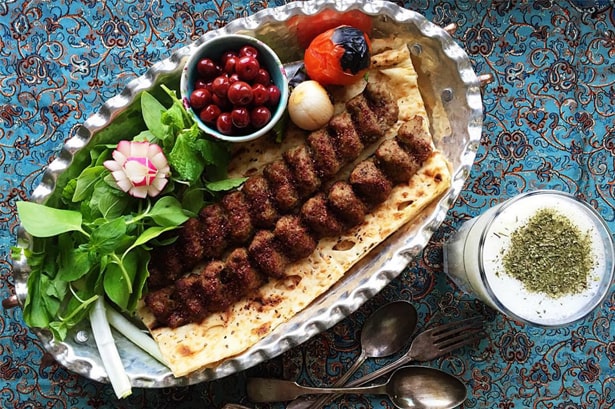 Iranian Food Iran is a land of many people each with its own unique culture and history. It is no wonder then that Iranian food boasts […] 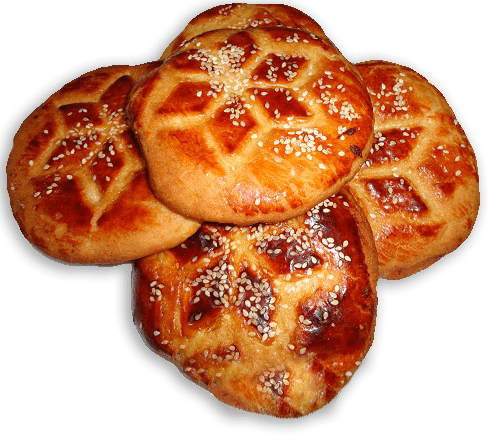 SOUVENIR OF IRAN Iranian Souvenirs Iranian souvenirs have their origin in the country’s deep historical roots. From exquisite carpets and masterworks of handicraft to delectable pastries […] 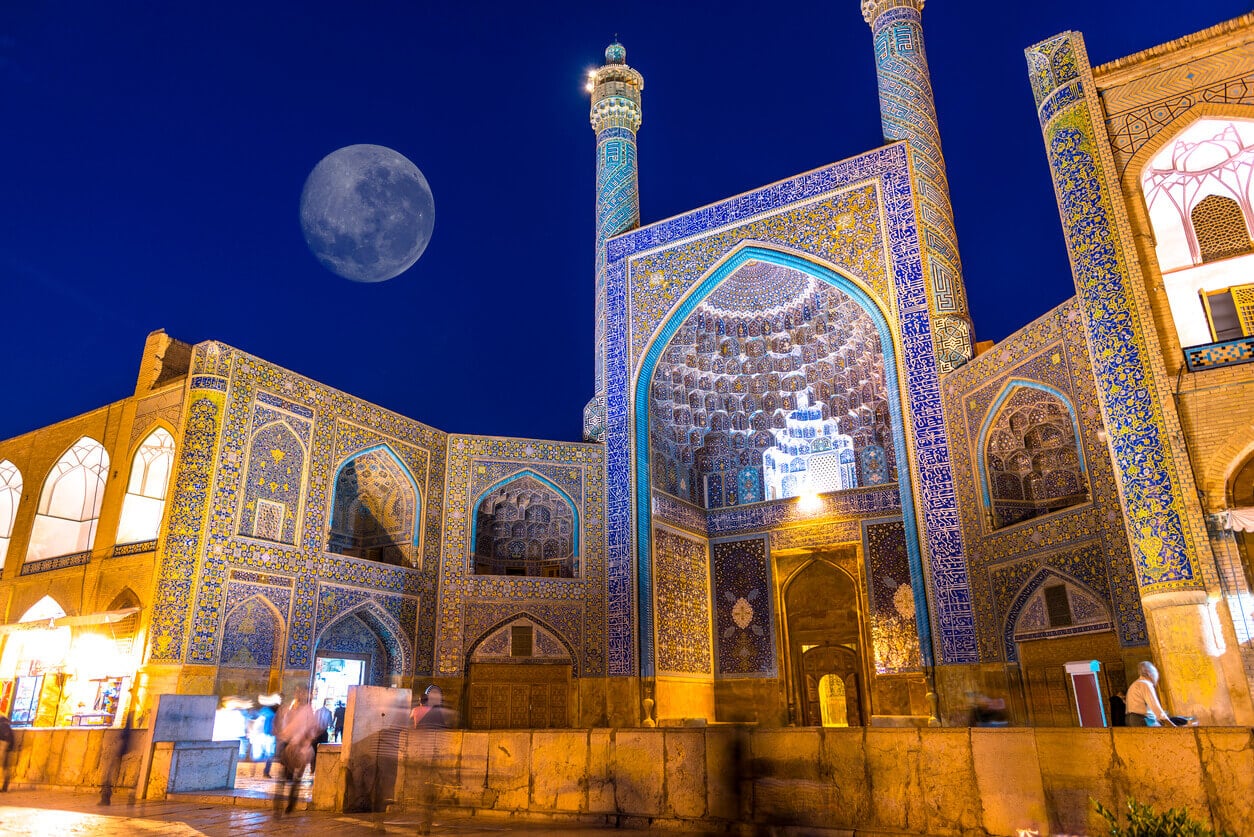