A brief look into Dakhma tower of silence

What does the Dakhma mean?

Dakhma is translated as “chamber”, or “tower of silence”, but not an ordinary chamber. Dakhma is a small, dark chamber where people used to put corpses of the dead. The word has its roots in ancient Persian language, and it literally means “a place of mourning and melancholy”.
We are not sure whether the tradition of burning the dead had become extinct before Zoroastrianism became the dominant religion. However, Dakhma Towers of Silence might have been places where such a ritual would take place. Among Zoroastrians, it was not common to bury the corpses right after they died. Instead, they put the corpses in Dakhmas for a relatively long time. Then, they buried the dead. 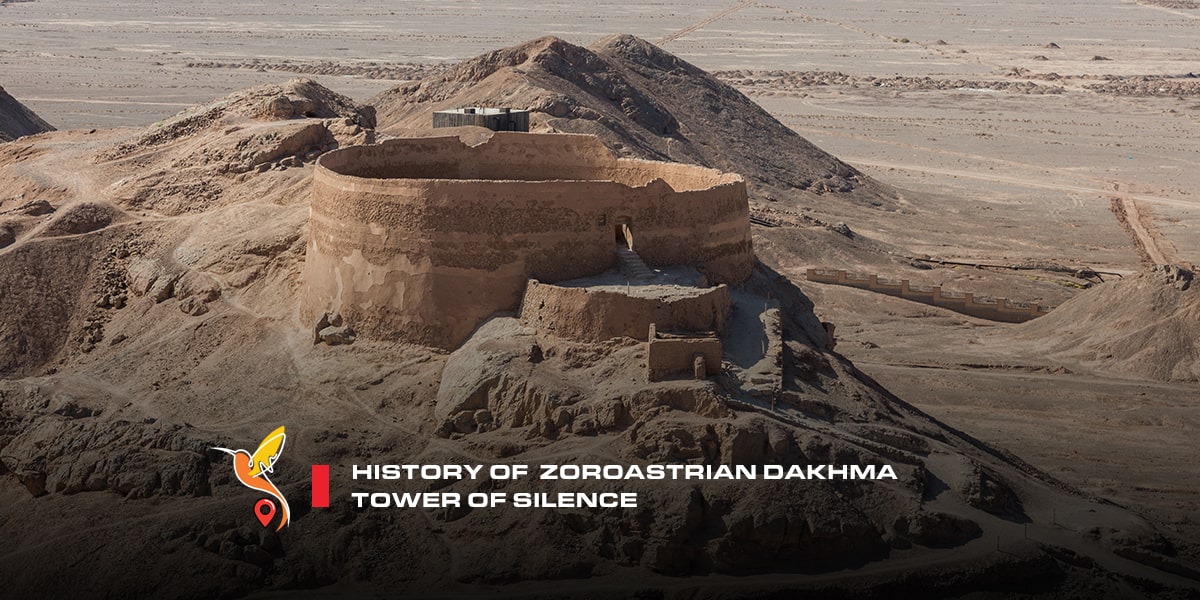 The Tower of Silence has a long history of Persian culture. No one knows exactly when the first one was built. However, accounts of Dakhma Tower of Silence go back to the 5th century BCE. Herodotus is perhaps the first historian who wrote about them. In the historical accounts, the emphasis is more on the ritual of exposing the dead to animals of prey rather than the architecture. However, the builders seem to have added the towers much later in history, around the Sassanid era.

The construction and structure of the Zoroastrian Dakhma Tower of Silence 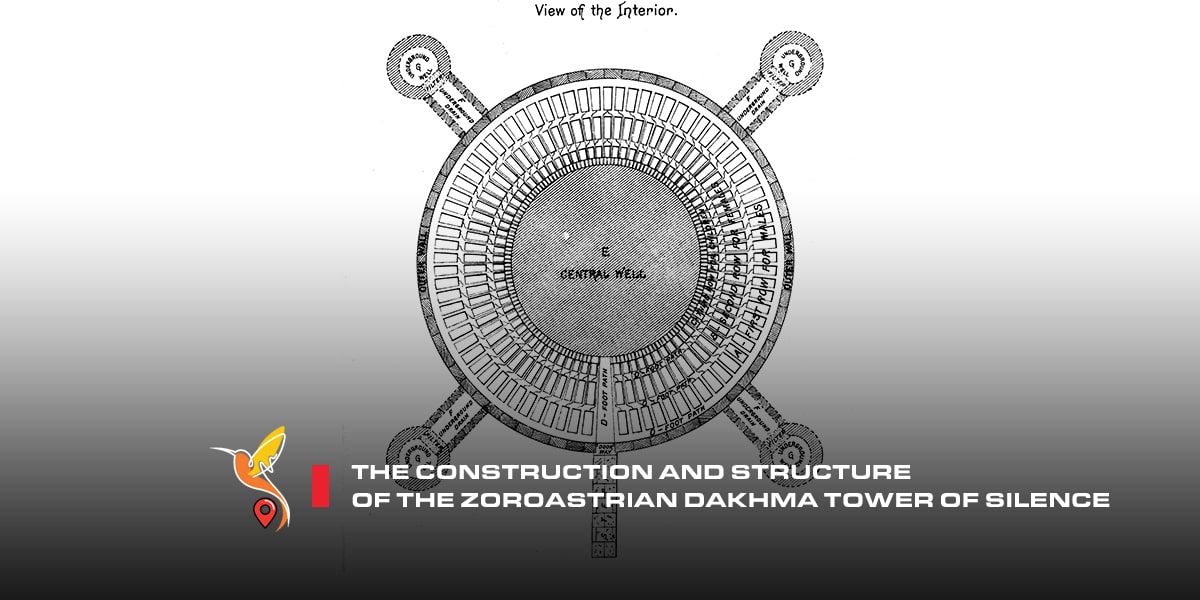 Dakhma has a circular structure. Basically, a Dakhma Tower of Silence is made of three circular layers. The roof and some other places are open for animals to enter. Dakhmas are made from raw bricks.
The place is divided in a way that the corpses of men are put closest to the walls. So, basically, it means they are in the first circle. Then, women are placed closer to the center. So they are actually in the second circle. Then, children’s place will be closest to the center and in the third circle.
In the middle, there is a burial place. After animals ate the flesh out of the body, people buried the remaining bones there.

The reason for building the Dakhma Tower of Silence 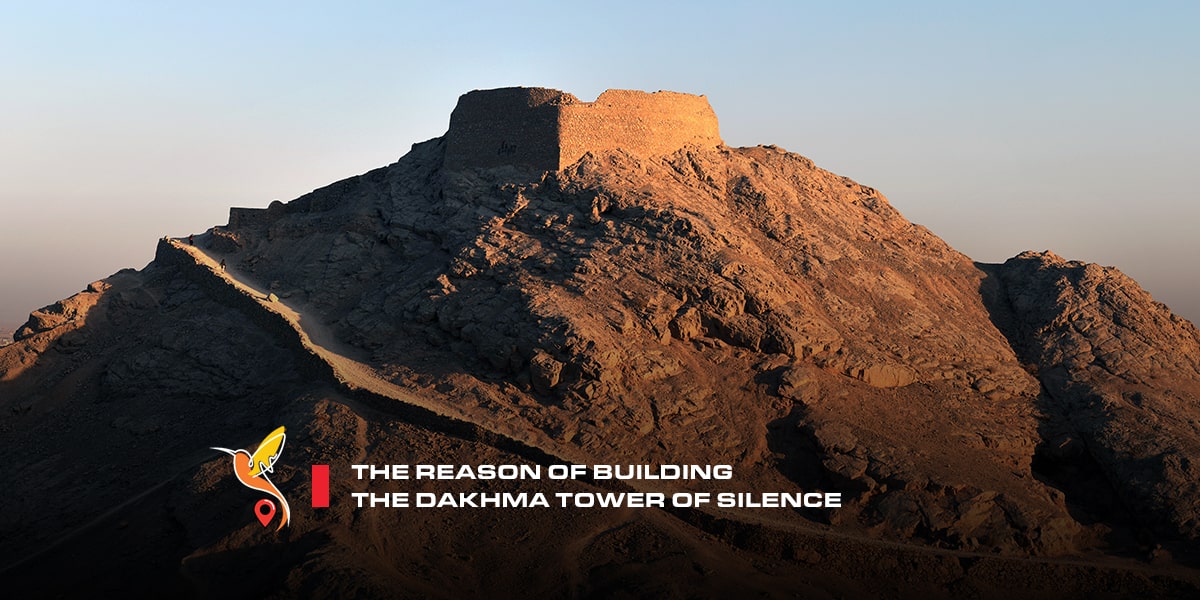 The reason why people made Dakhma Towers of Silence was an ancient belief. The Ancient Persians believed that the corpses of the dead are dirty and can pollute the soil. Furthermore, some of them believed that demonic forces would go into the body immediately after the person died, so they first fed the corpses to the animals. To that end, they built places where animals could easily get in (specifically vultures and other birds of prey) and feed on the dead.

The principles of constructing a Dakhma Tower of Silence 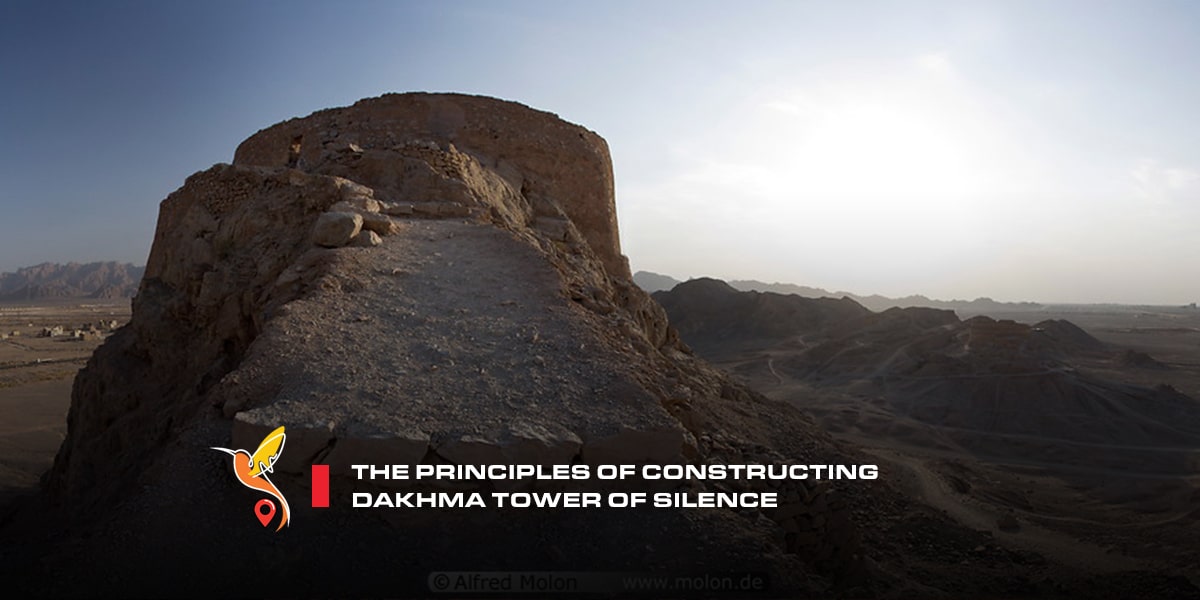 There are several mysteries and myths revolving around Towers of Silence. One of them is that Dakhma Towers of Silence keep the Devil disappointed, because animals, and not His demonic followers, feed on the corpses. 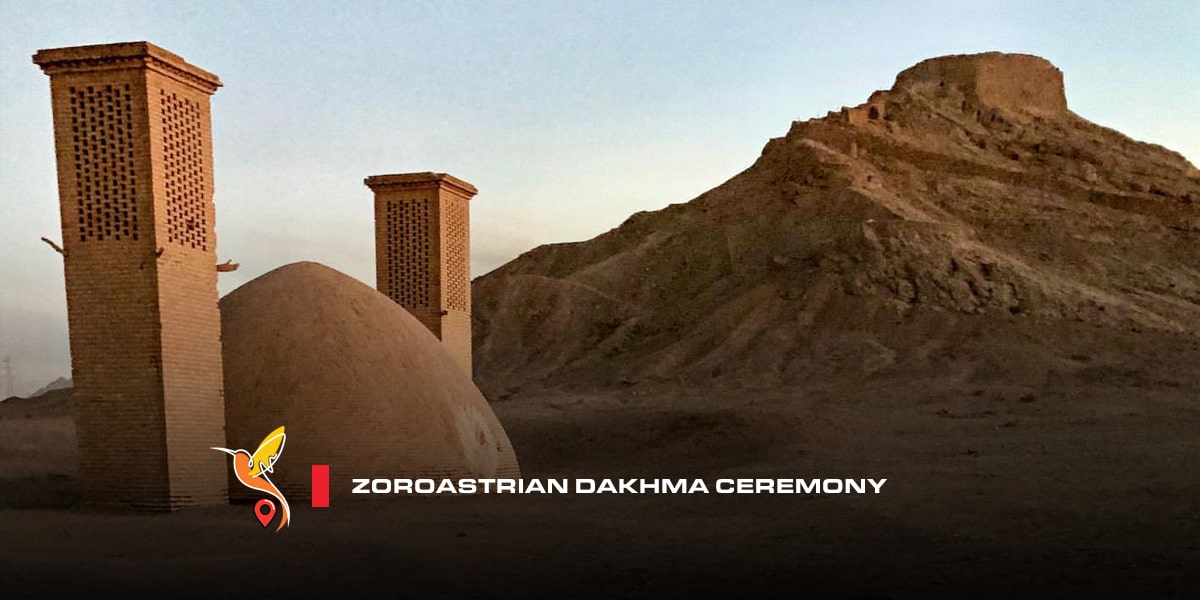 Before death, the Zoroastrian priest (Mobad) would come over and recite specific prayers and ask the dying person to confess his or her sins and repent. After washing the person, they covered him or her with a linen cloth and gathered around him, singing specific religious songs in his ear. Sometimes, they poured a few drops of Hoom mixed with water into the mouth of the deceased to provide him or her with forgiveness and immortality. 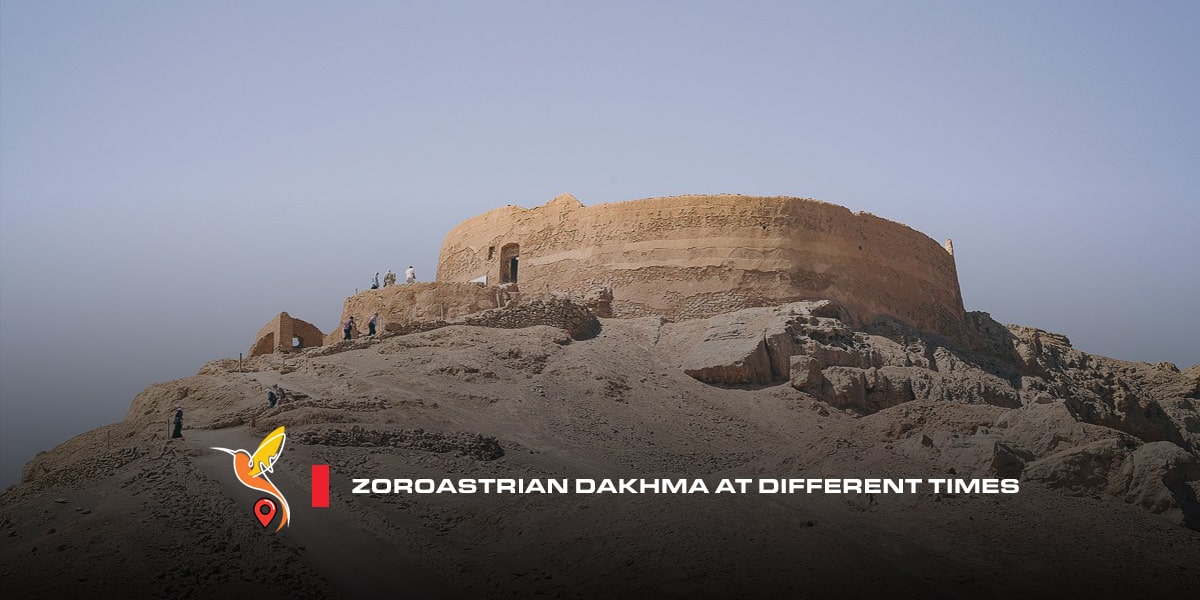 Zoroastrian Dakhma Tower of Silence has evolved over time. At first, it was a simple structure where people put the corpses to decompose. Over time, they added components such as a room for the guardian (who never leaves the tower until death), towers, and particular places for men, women, and children. 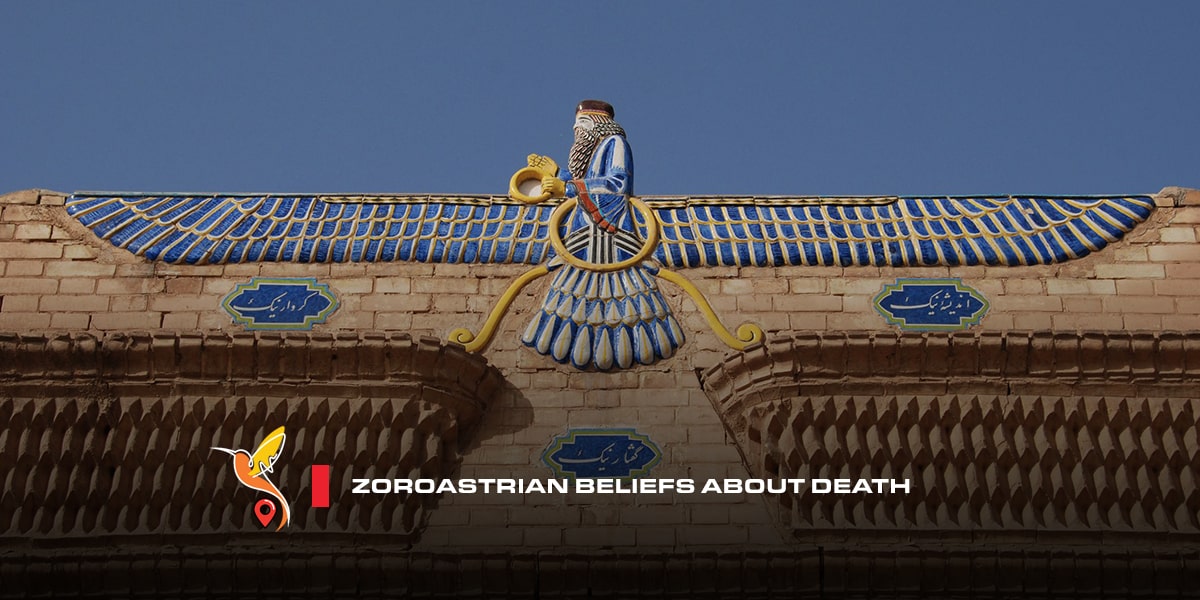 Zoroastrianism promotes the belief that the soul doesn’t die with the death of the body. In Zoroastrianism, people believe that the soul remains with the body for three days after death, all along with thinking of the deeds he or she has done in life. On the fourth day, the soul leaves the body for the other world. There, the Angel of Deeds provides a full report of all he or she has done in life. Finally, God decides on his or her destiny.
The soul then goes to paradise or hell. But this is not everlasting. At the end of the world, God finally overcomes all the evil forces and the light becomes fully dominant. The souls are then released from hell and join the ones in paradise. Then, a new life will begin on earth, which is everlasting and without any evil. 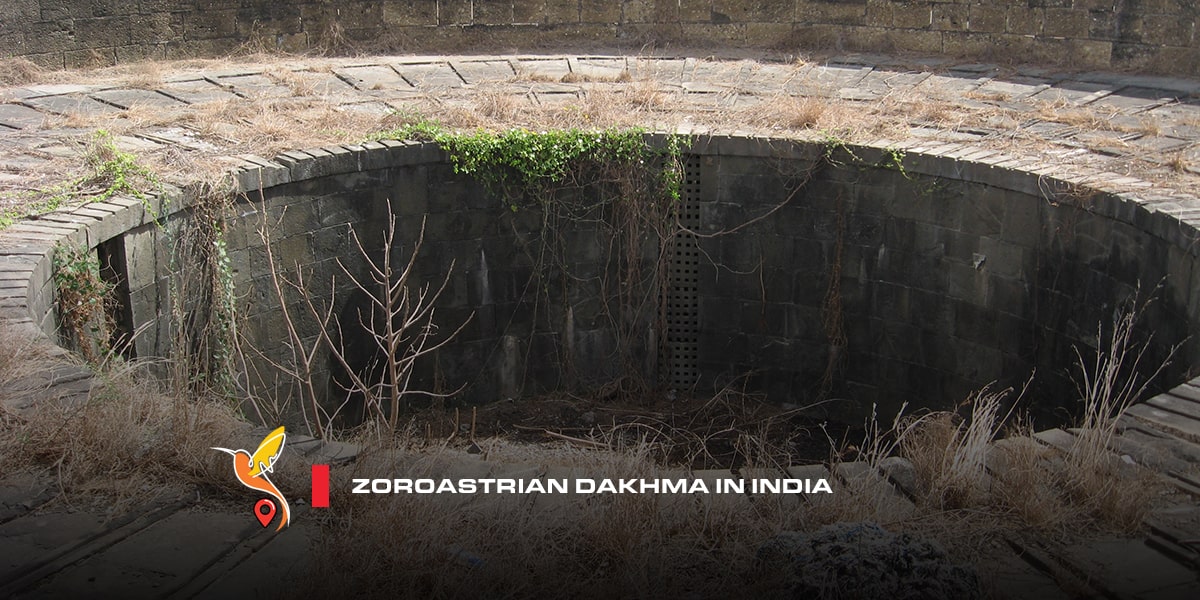 Zoroastrian Dakhma Tower of Silence is also common among the Parsi community in India. While people in Iran do not practice this kind of burial today, it is still common in India. It is interesting to know that the practice of using Dakhma in Mumbai faced severe problems vultures and many other birds of prey were on the verge of extinction. southeast was because the Indians used a specific drug for their cattle. So, in 2006, the government banned the use of this drug.
The Parsi community tried to save the remaining birds by nurturing them. They also tried to employ faster methods to expedite the decomposition of bodies. Nowadays, tourists go to see the Dakhma Towers of Silence which are scattered in India and record the experience of this immensely ancient ritual.

There are several Dakhma Towers of Silence in Iran, each with its own unique story. However, the common ground among them is that people used all of them to give their dead a proper burial. Additionally, all of them are nowadays tourist attractions. When you are applying for an Iran visa this time, keep these places at the back of your mind.

About Zoroastrian Dakhma Tower of Silence in Ravar, Kerman Province The Dakhma Tower of Silence which is in Kerman goes back to almost 160 years ago. At the time, the Qajar dynasty was ruling Iran and Zoroastrianism had flourished in India. This was actually because of a historical event: the introduction of Islam to Iran. So, followers of Zoroastrianism had gradually gone to India.
At the time when Ghajar was governing Iran, they sent Maneckji Limji Hataria (1813–1890) to Iran to take care of the bad conditions of Zoroastrians. He stayed in Iran for 28 years. During this time, he contributed a lot to the improvement of Zoroastrianism in Iran. Among his contributions is the remaking of Dakhmas in Kerman and Yazd.

The interesting thing about Maneckji Dakhmas is that he tried to pay attention to the formal, aesthetic aspects of the Dakhmas. On the contrary, in the Sassanid Dakhmas, the emphasis was more on the function rather than the form. If you are going to visit Kerman, check a Kerman travel guide and make sure you don’t miss this.

Taghche Gabr Dakhma (Tower of Silence) goes back to the Sassanid era. It is a National Heritage of Iran, situated 5 km away from Firouz Abad. Next time you’re checking an Iran travel guide, make sure this place is on the itinerary. It is worth seeing it when you are in Iran.

About Zoroastrian Dakhma Tower of Silence in Yazd

Zoroastrian Dakhma Tower of Silence in Yazd is situated 15 km away from the southeast of the city, in a place called Safaeieh. Two towers are here: Maneckji and Golestan. The latter is more recent and has a diameter of 25 meters.

Taft is home to many Towers of Silence. One of the famous places in Taft where you can find Dakhmas is Cham Village. Almost every Yazd Travel Guide recommends Taft, and one of the reasons is the multitude of Dakhmas. 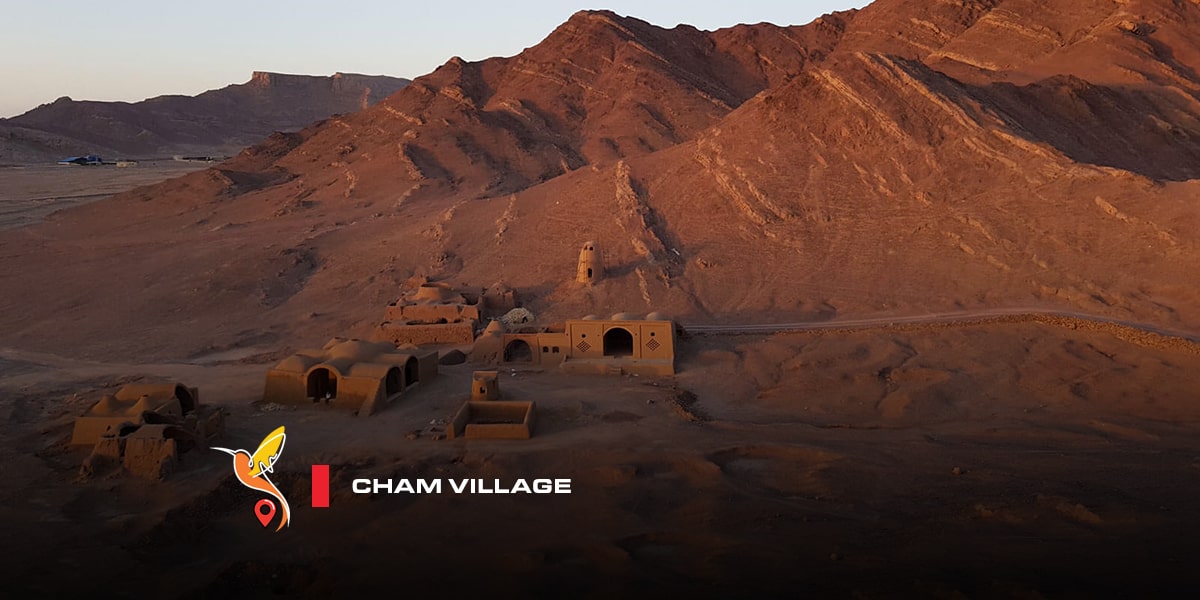 Cham Village Dakhma is among the many Dakhmas in Yazd. This one is also a national heritage and belongs to the Qajar period. In Sharif Abad, Ardakan, you can find a number of Dakhmas. They are among the oldest ones and still attract tourists from around the world.

If you are going on an Iran cultural tour, don’t hesitate to pay a visit to the Towers of Silence. They are not as scary as they sound, but they still leave you with a feeling of amazement.